Free Shipping on All Orders Over $75! 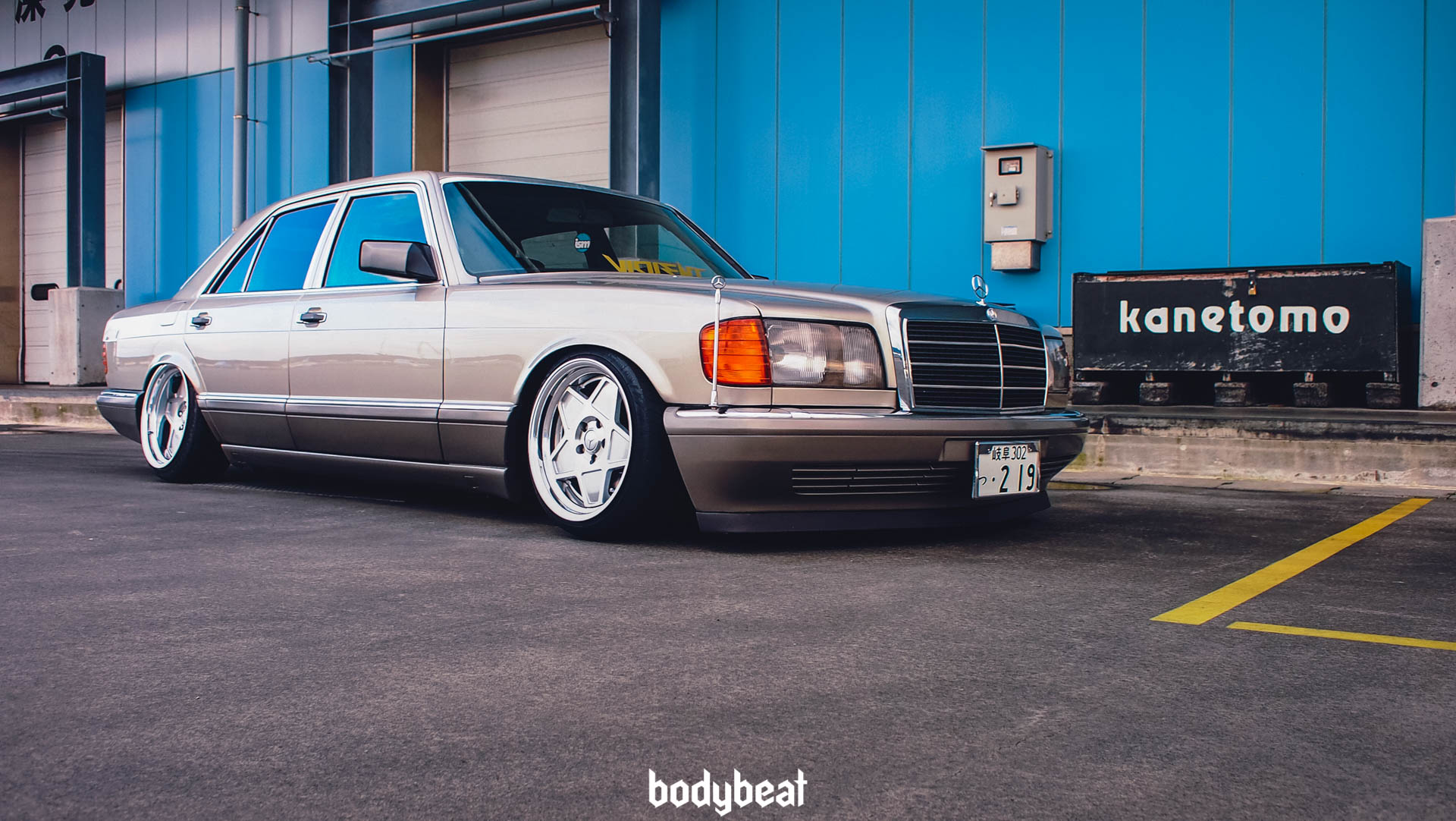 In our case we are speaking about the latter as our friend Yuu Aoki has precisely chosen this way. He did not really answer why he chose Mercedes but according to his oppinion in his district the German cars are a rarity mainly the older models. This is why he decided to get a 1989 W126 500SE Benz and individually customize it because if you already have a rare car let it be unique also. Aoki-san had to choose a set among several wheels which were not not yet completely average in Japan (we shoud admit this is quite difficult) so finally after a long search and test a Work Seeker SX was chosen. This is not such an extreme size but in front a 17×9.5 size became quite spectacular not even talking about that in the rear the same size ET24 was chosen. And we did not count with that Aoki-san used a unique method to cut and shorten the shocks and put this under the Mercedes ( thus extremely lowering the car thanks to the damper springs ). An open exhaust system and a double-exhaust tip can be found under the car which makes the buzzing of the engine more pleasant. It’s exterior was a bit customized because the front bumper got a unique lip and an elegant antenna. 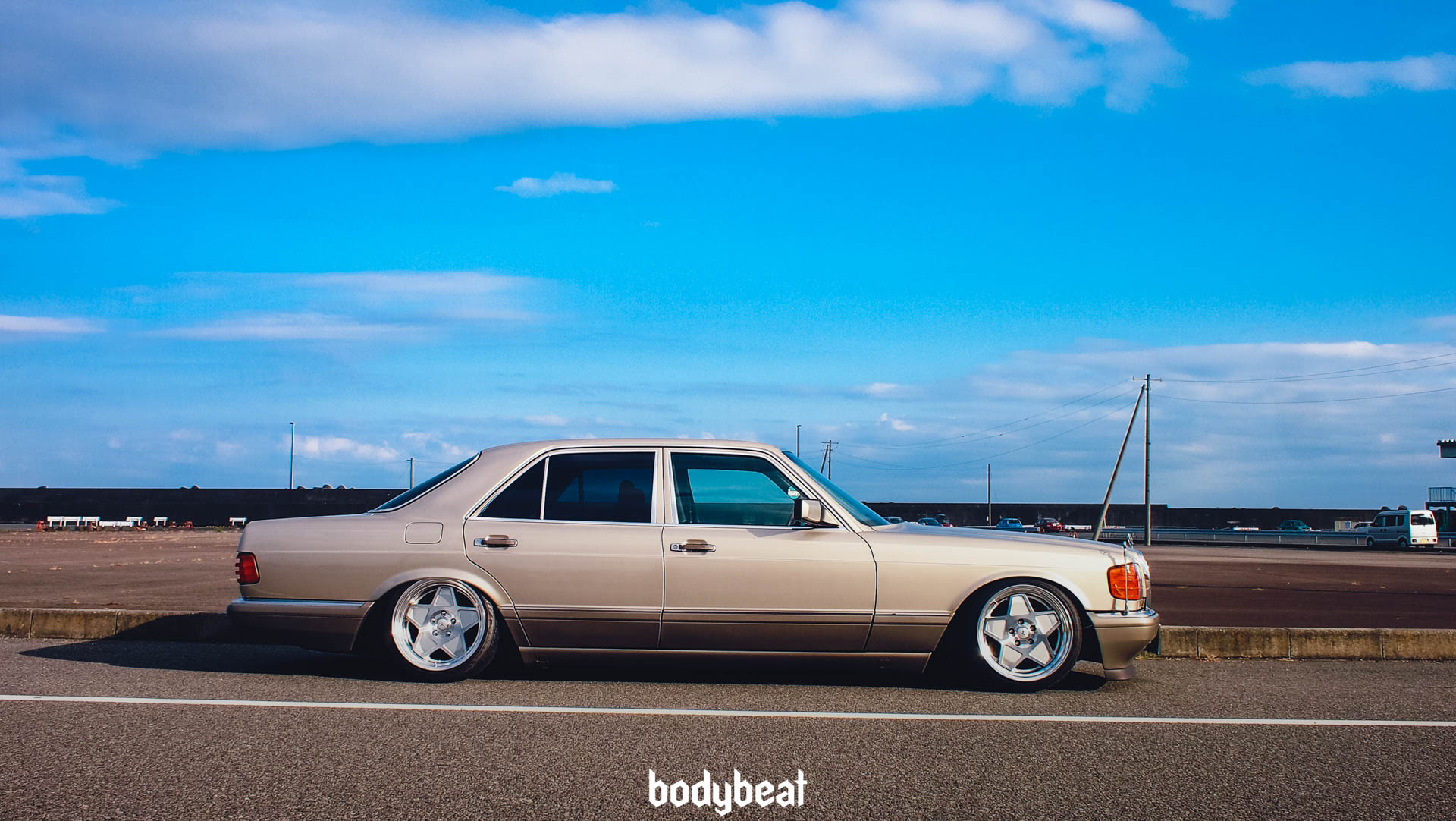 The interior was made more specific by adding many C-class interior parts and Recaro bucket seats. The elegant machinery kept its elite dominancy but with its cut springs and Recaro solutions created  such a style which few people dare undertake. 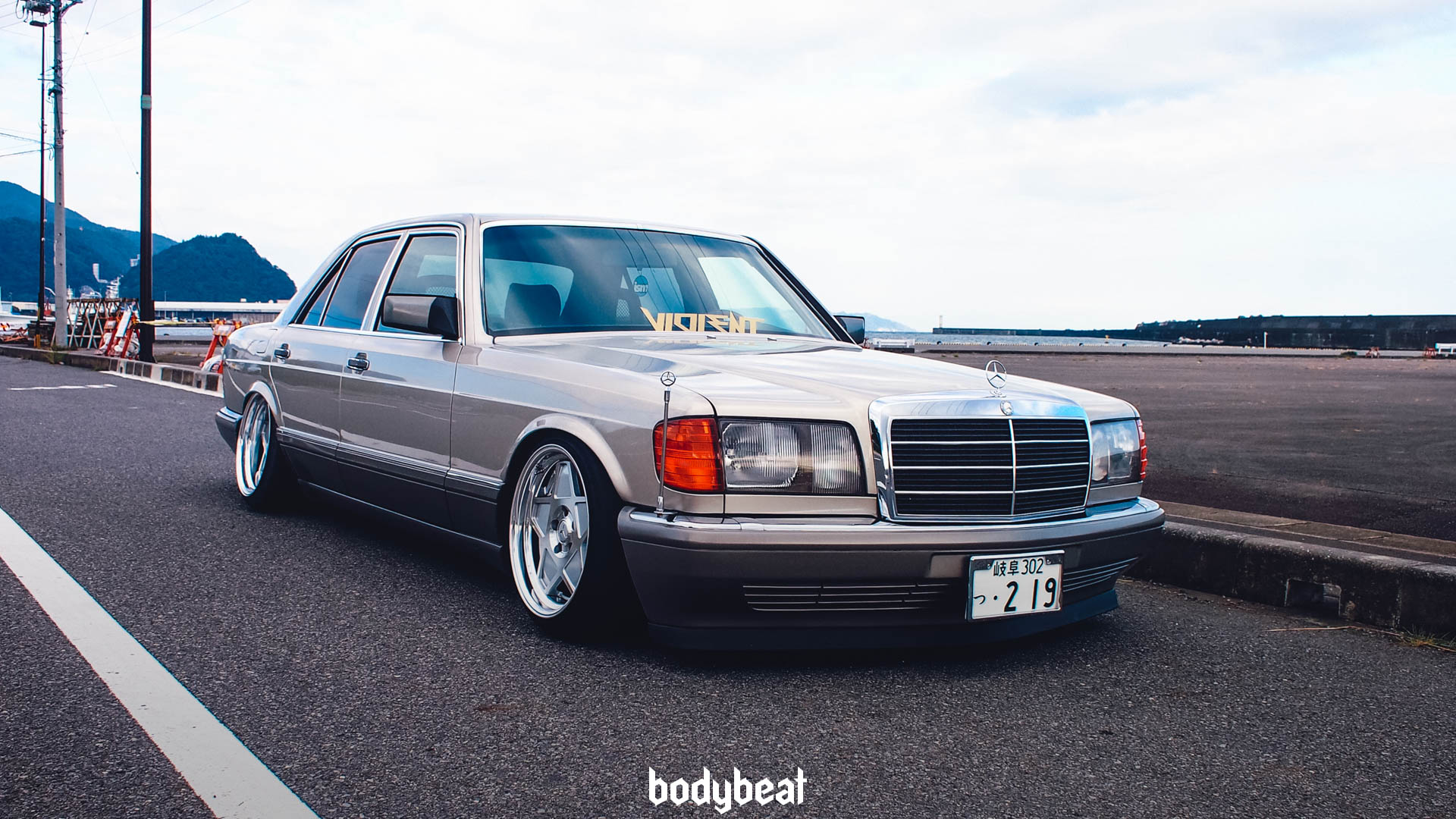 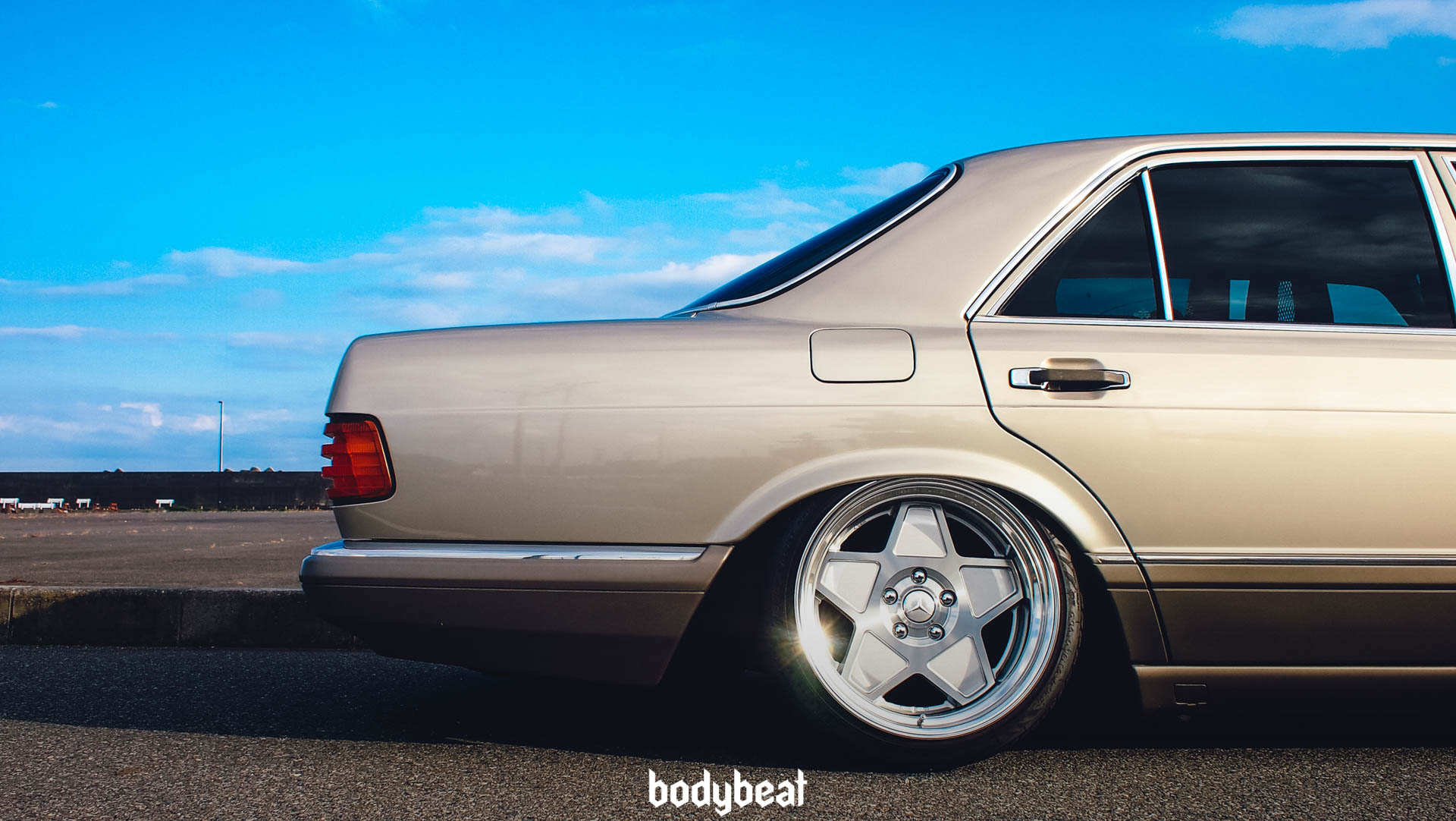 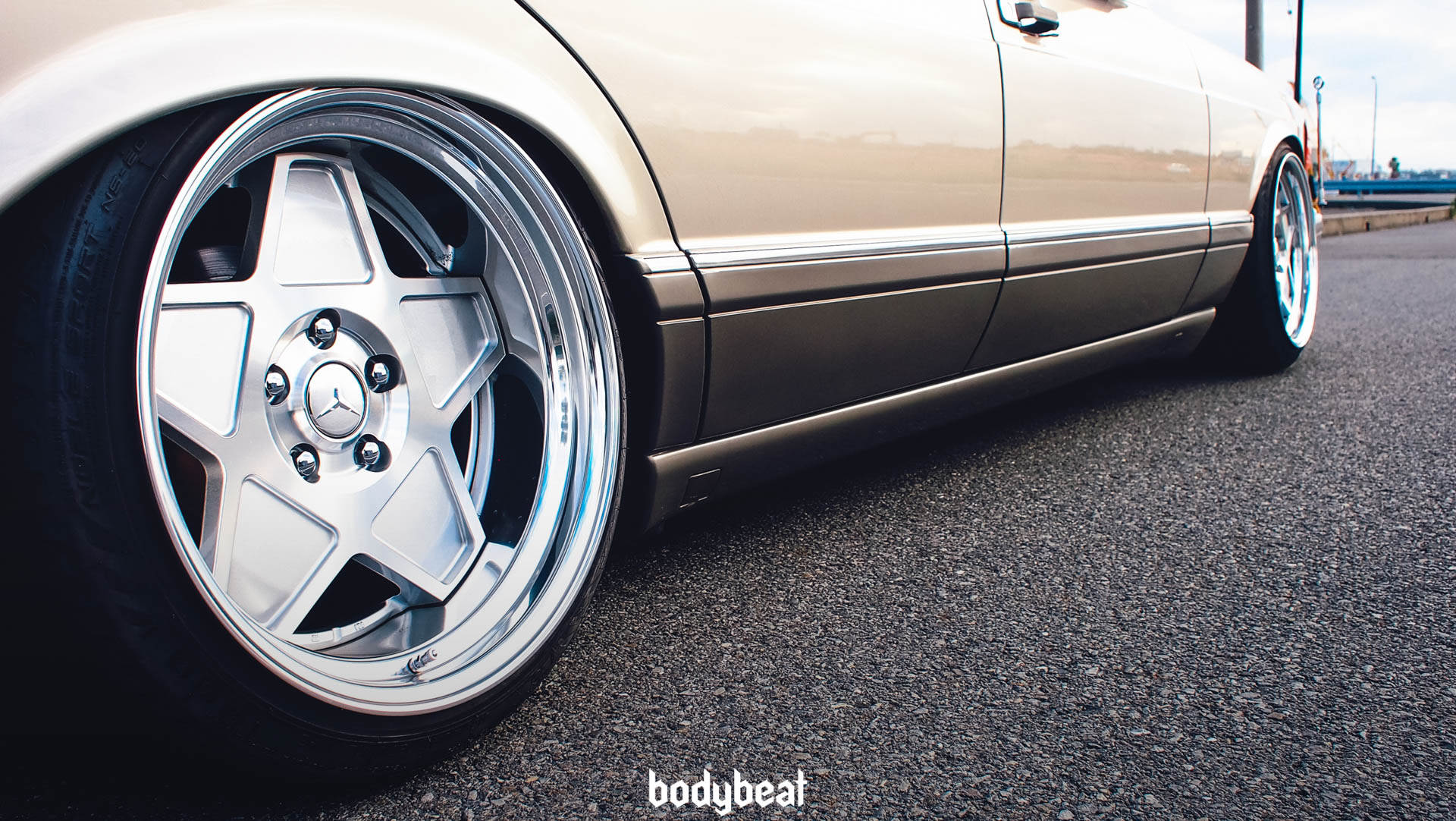 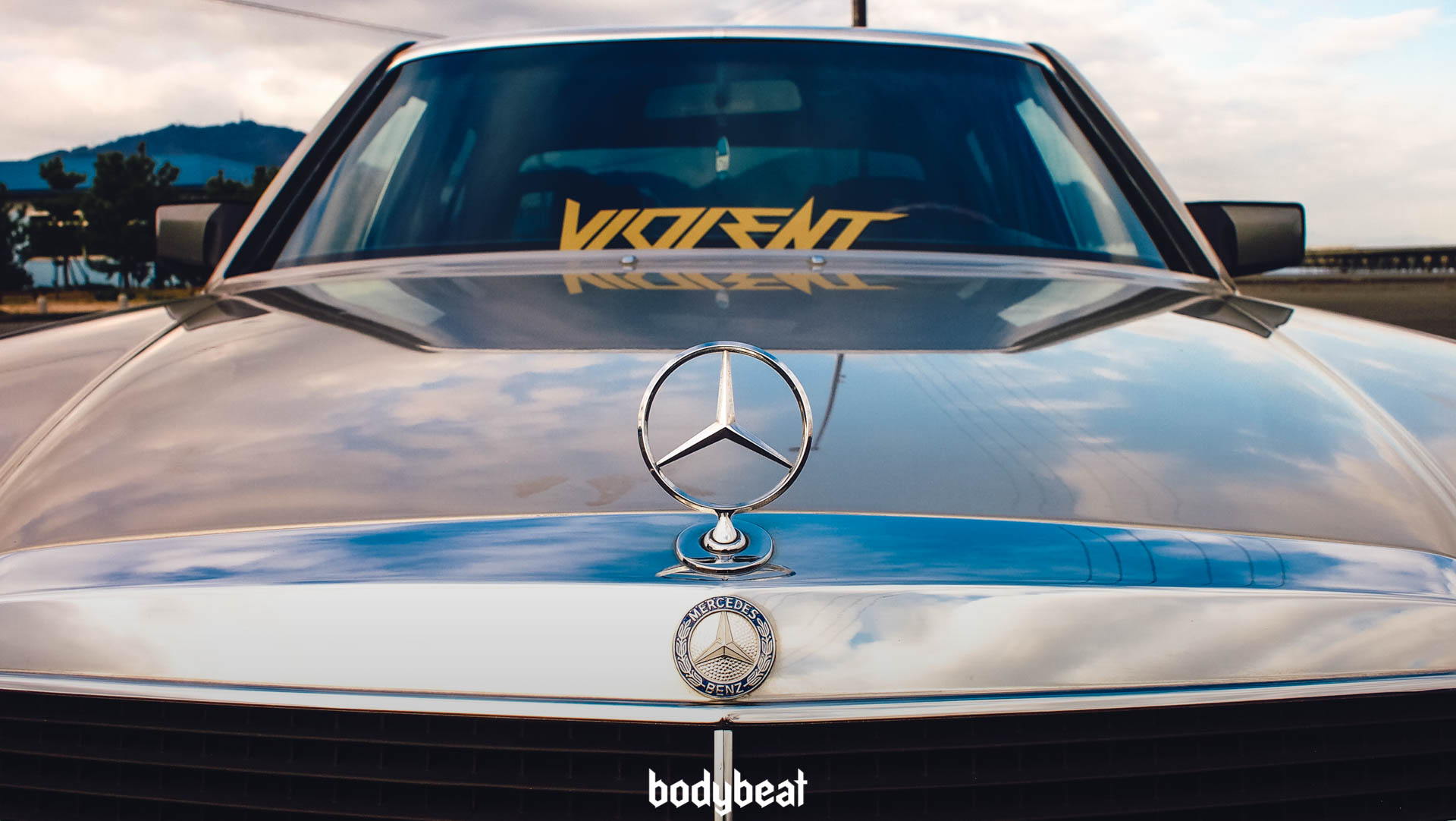 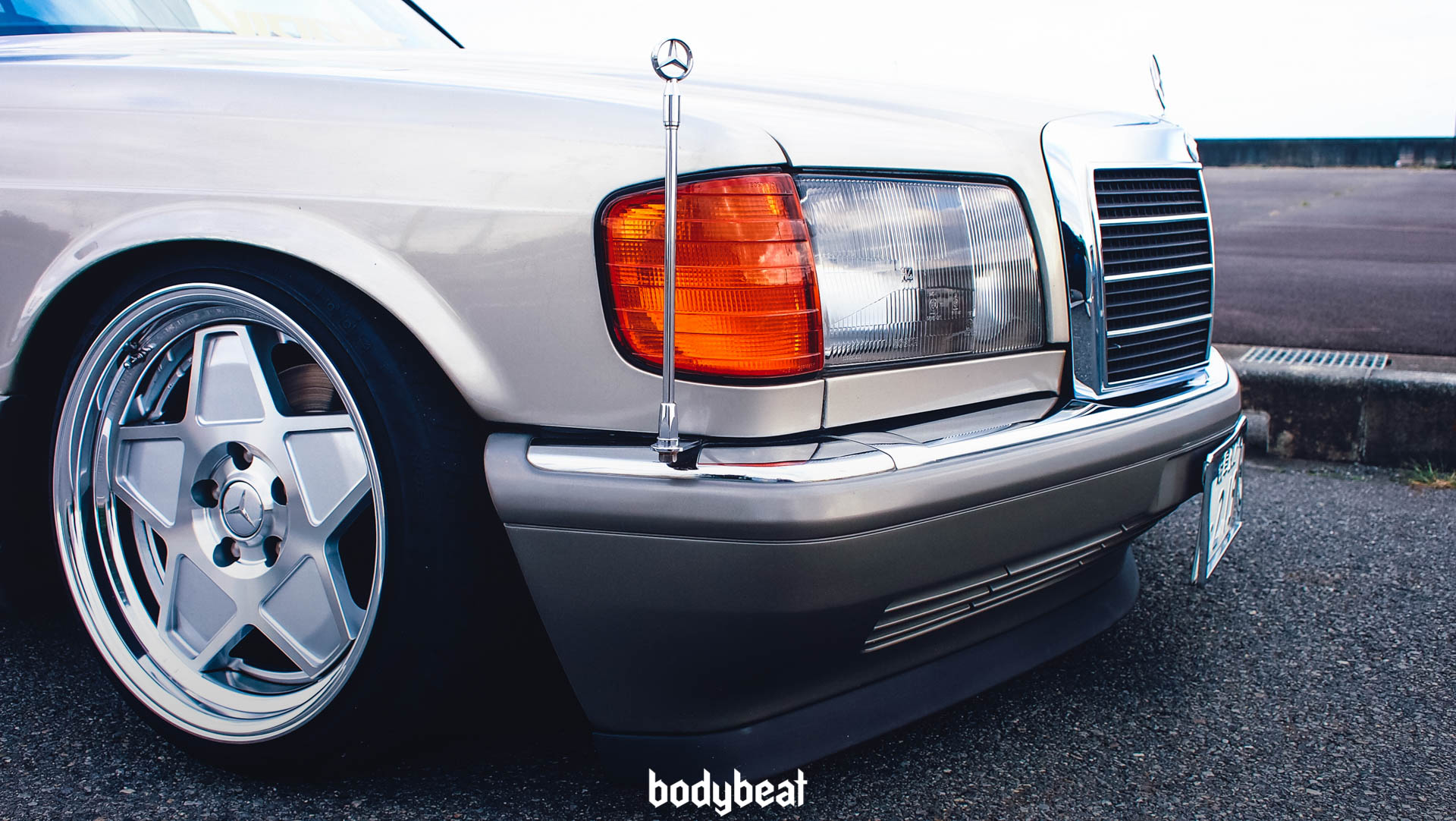 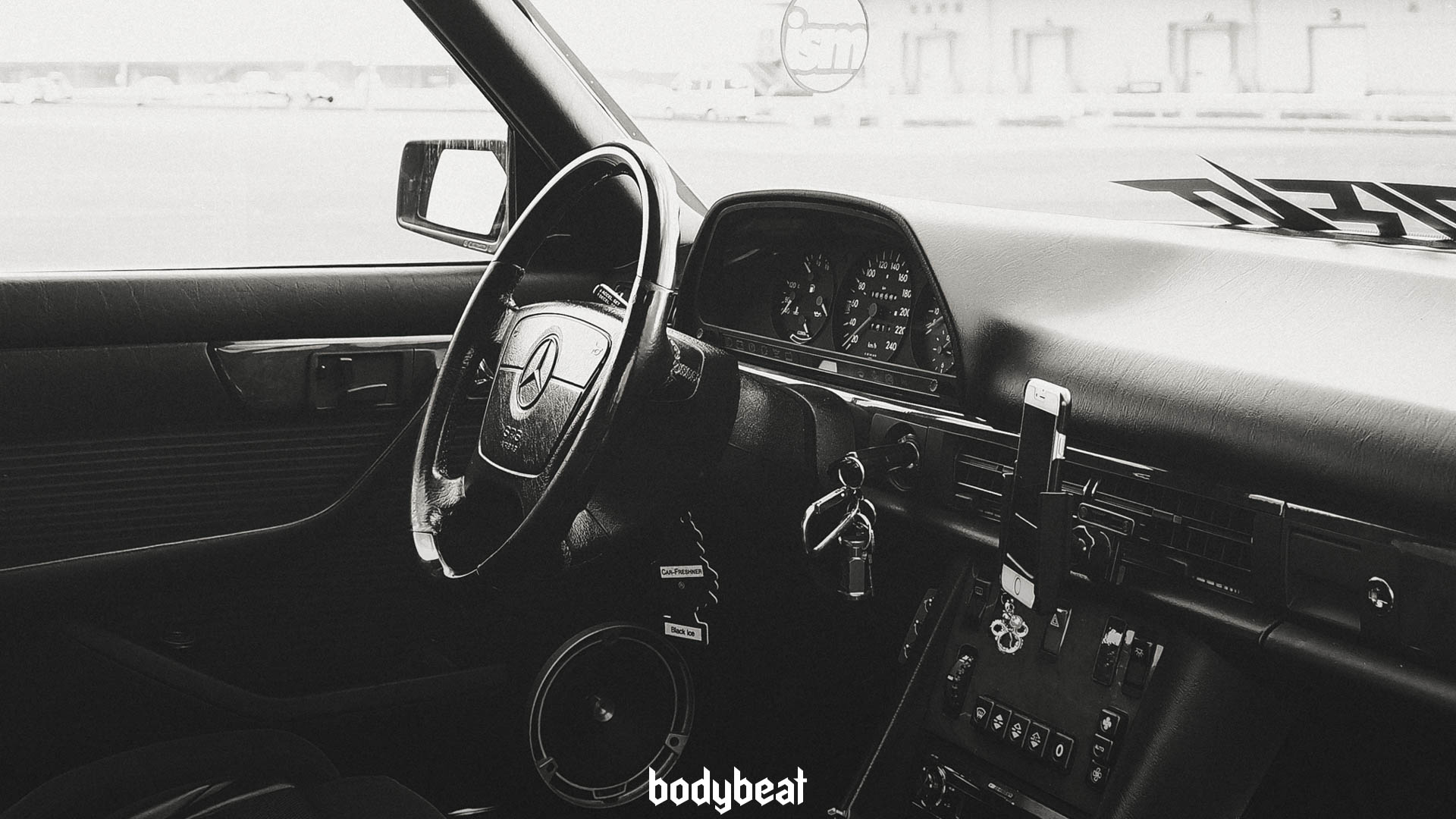 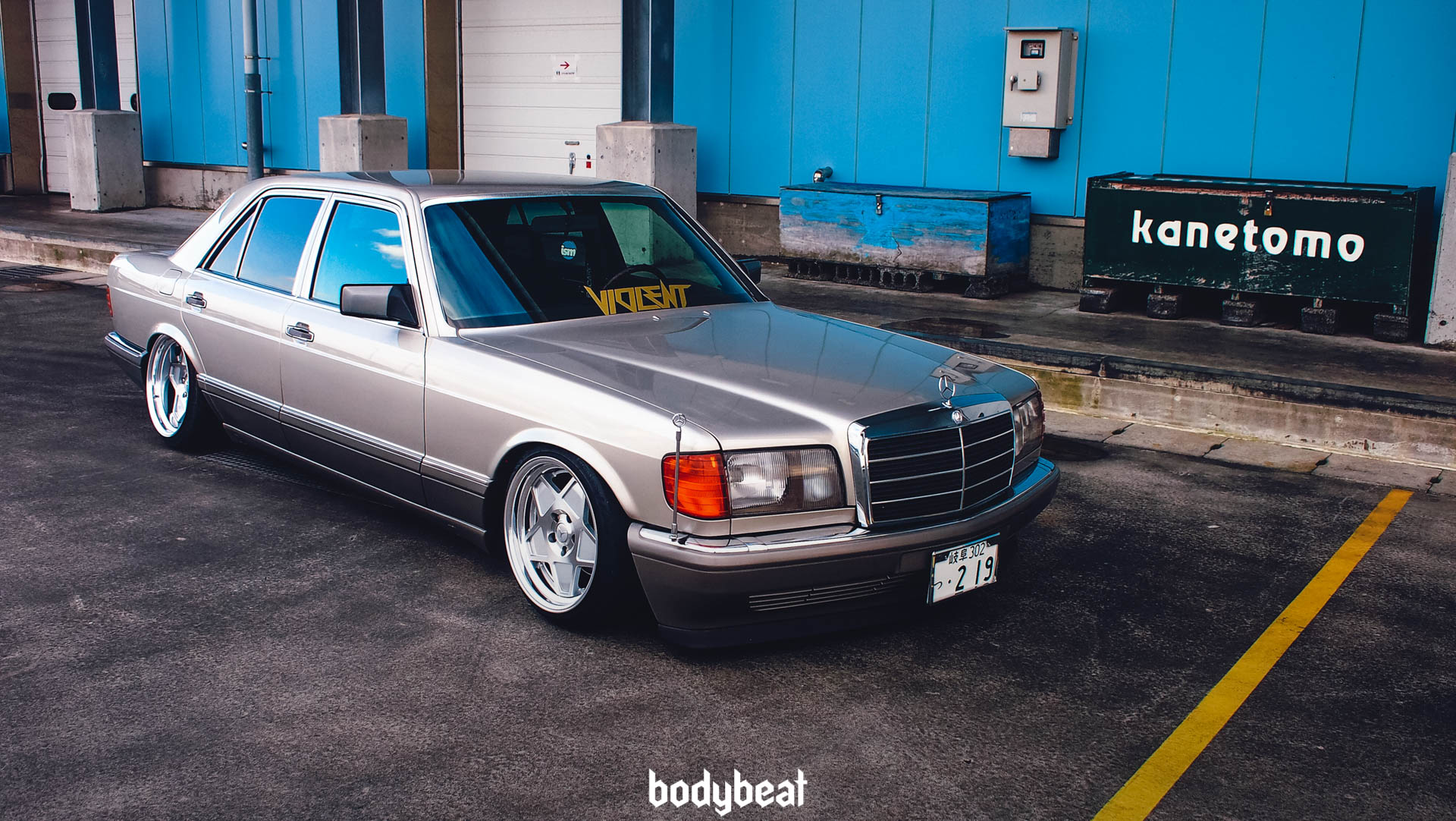 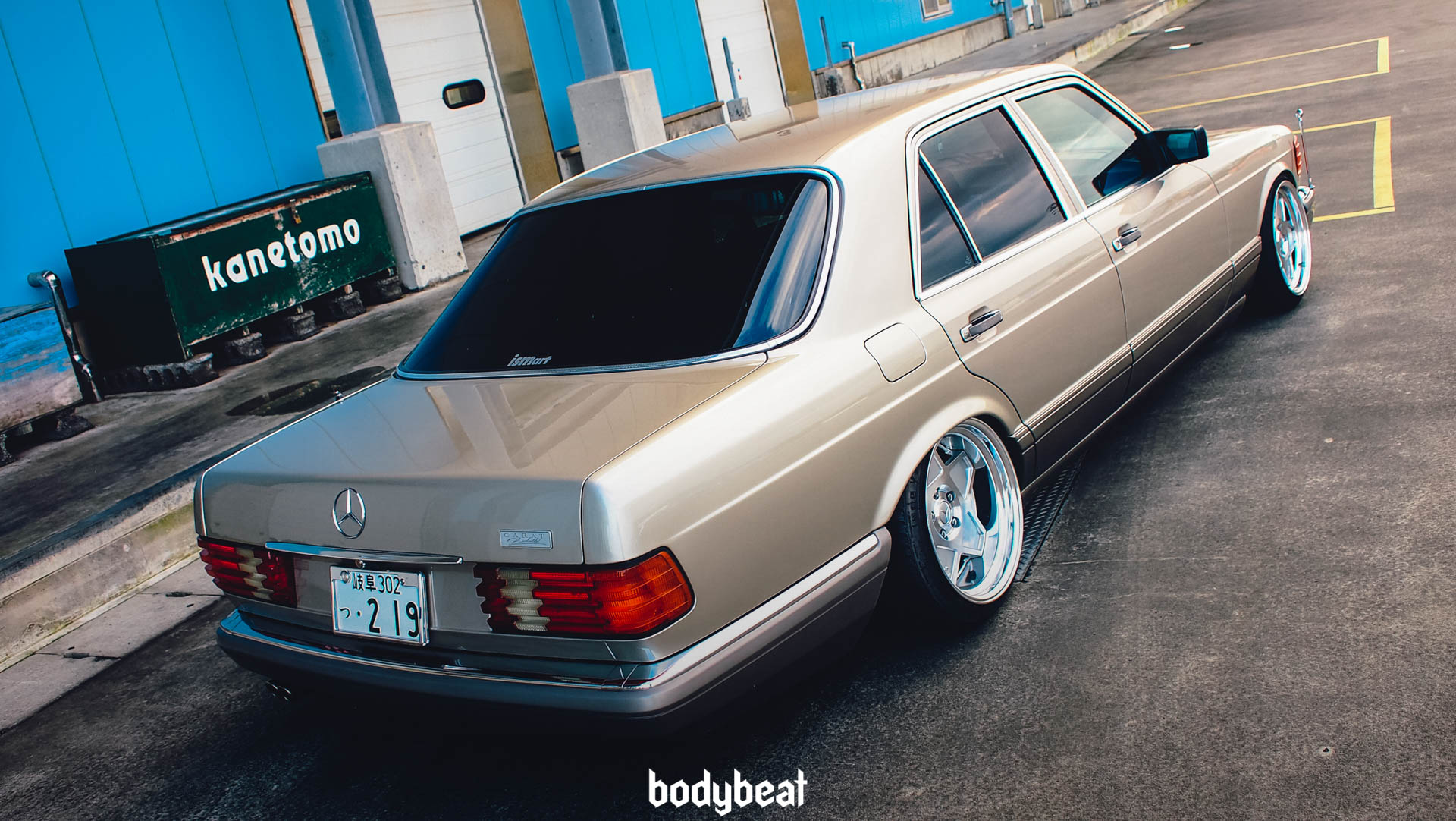 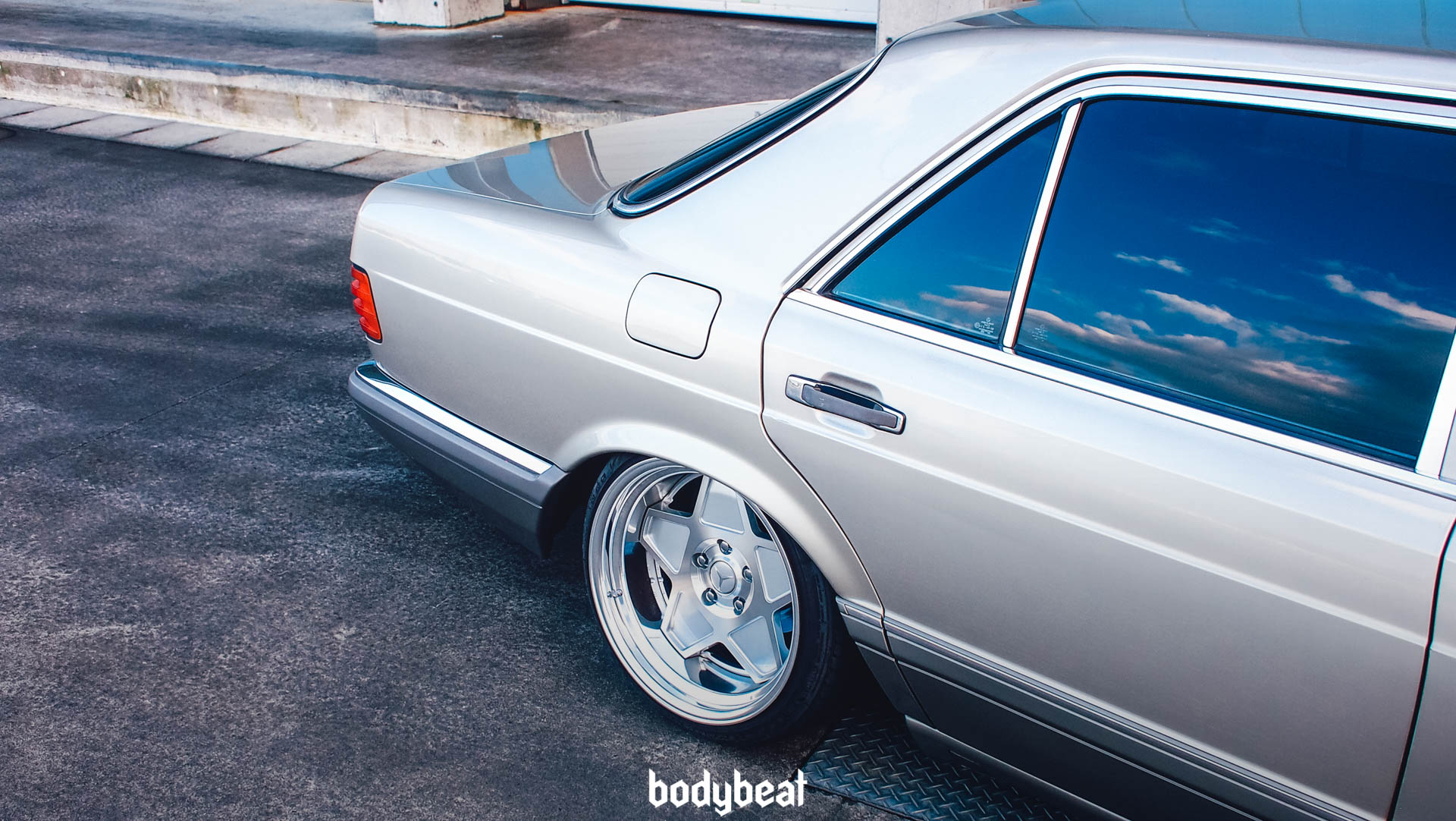 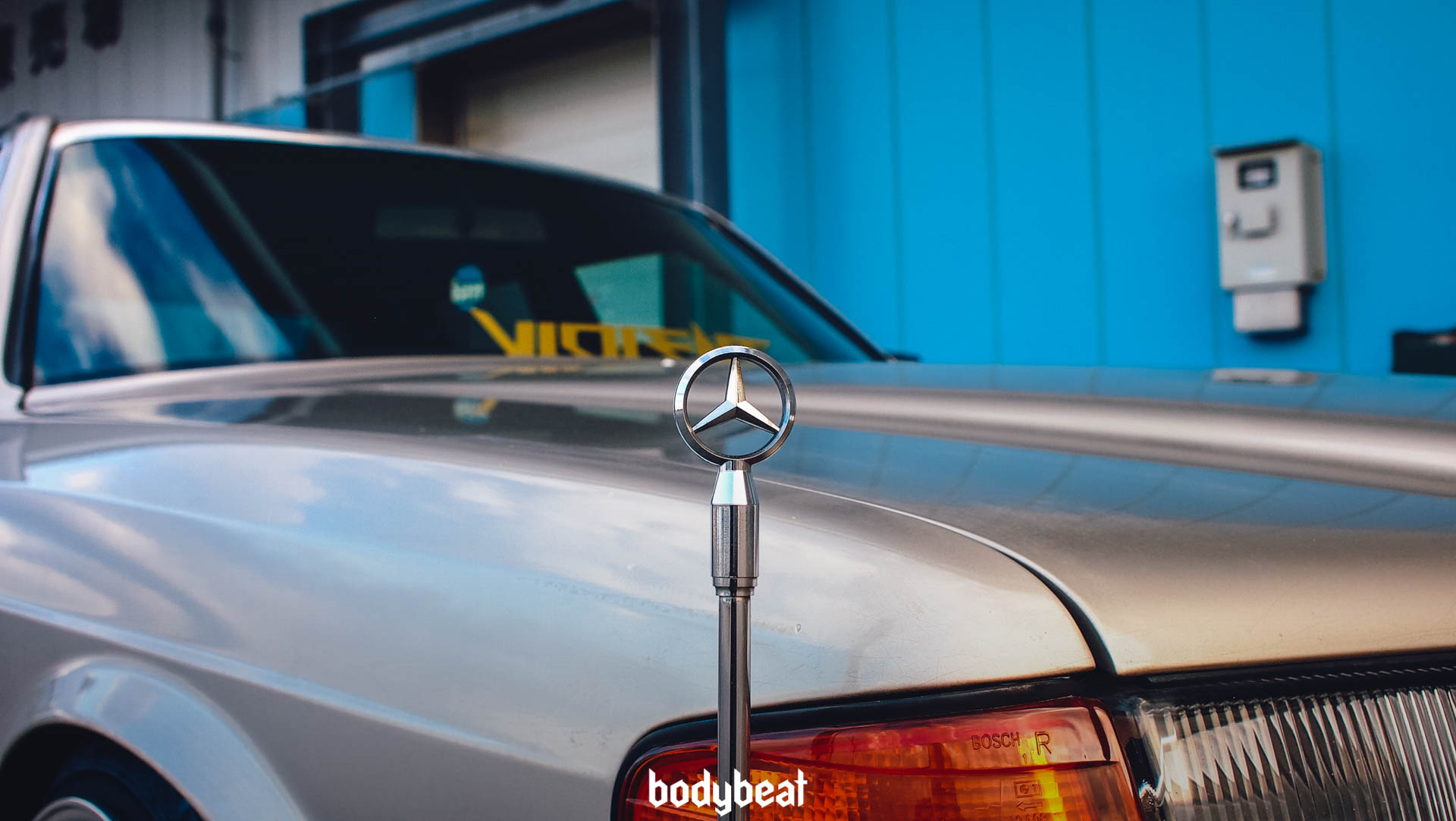 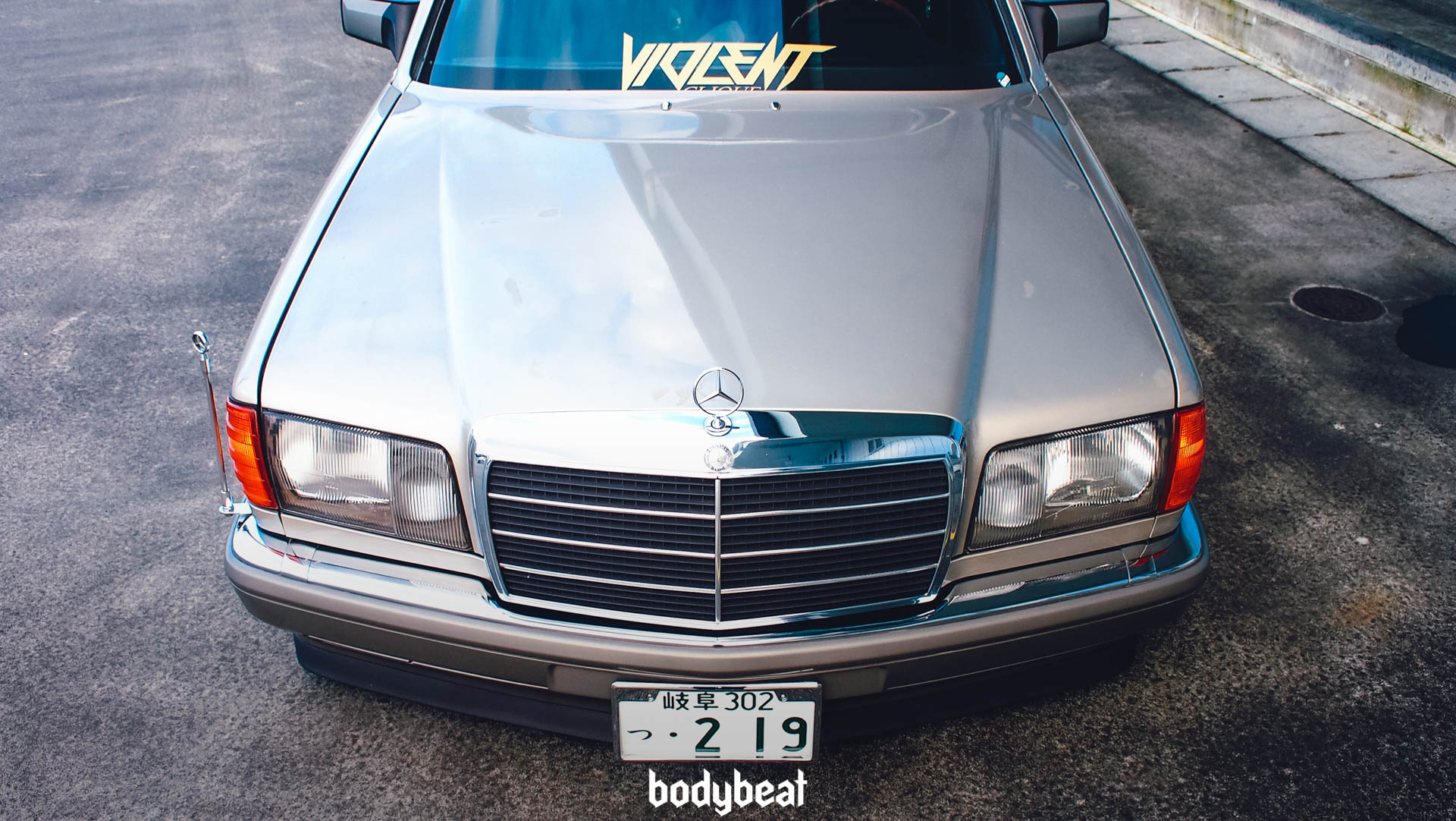 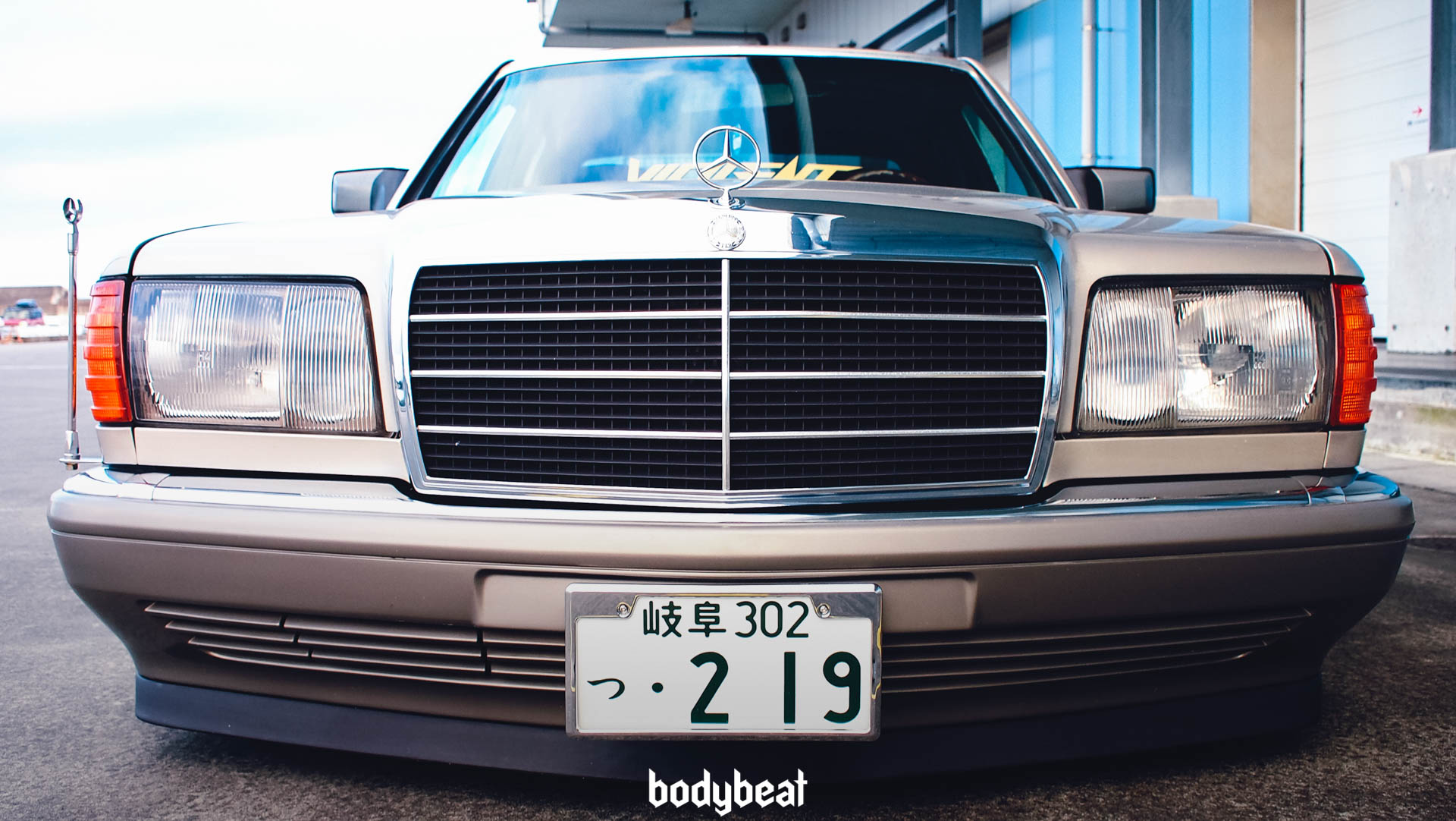 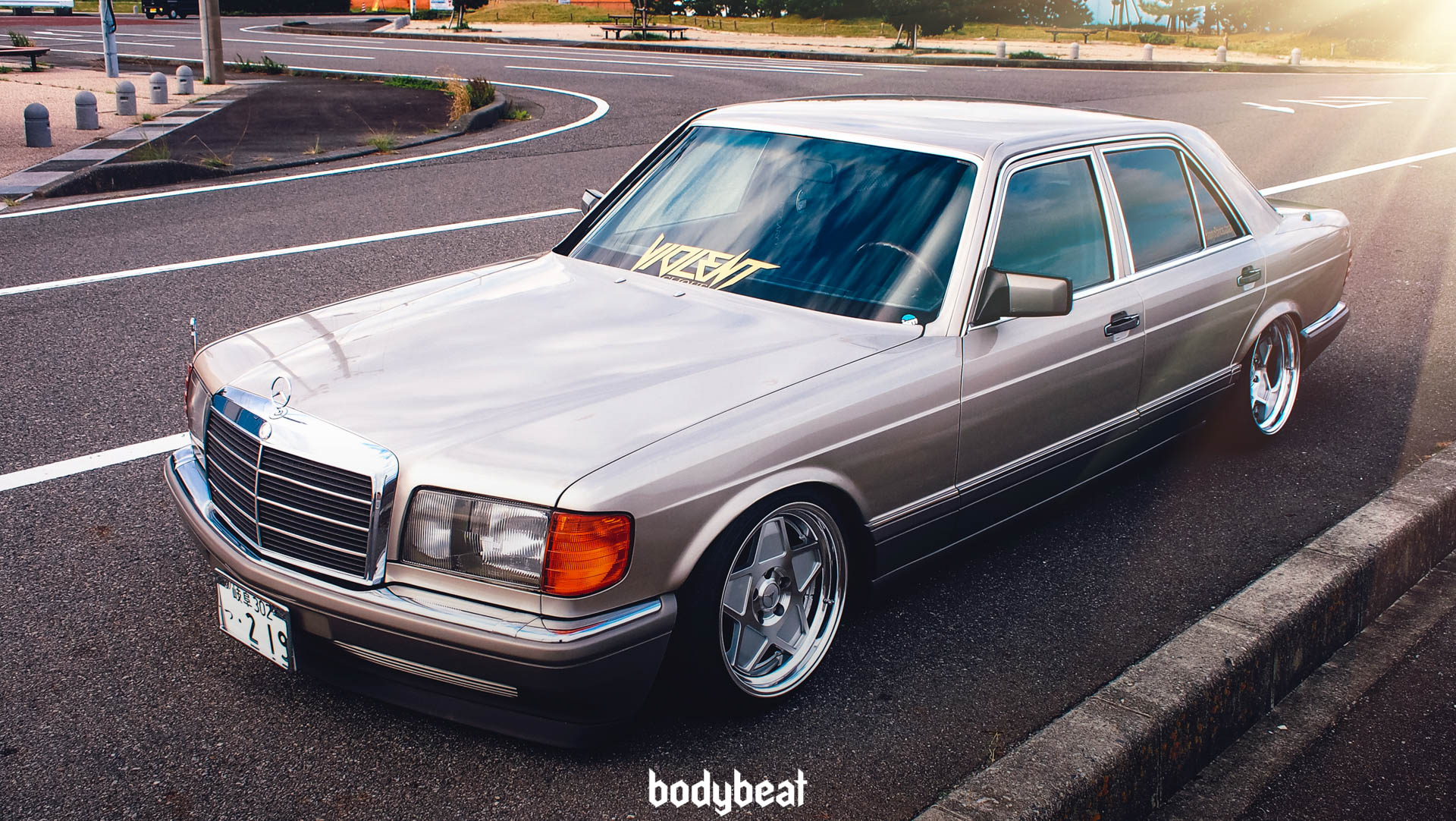